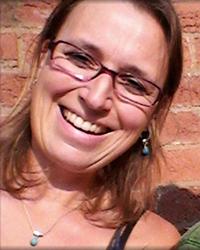 At the very early age, Belgian lyrical mezzo-soprano Diana Van Dromme started studying music. Playing the violin, piano and singing were her passion. What started as a hobby became her work. In 1997 and 1998 she graduated as a Master in Music, specializing in music theory and music education at the Royal Conservatorium of Antwerp.

At the age of 37, in 2010, she received her degree as a Master of Music in Vocal Performance with a specialization in Classical Voice in the Netherlands. She was working as a teacher in music and as a vocal coach in music academies, gave recitals and was active on the concert stage. She developed symptoms of Lyme Disease immediate during and after her Master studies in 2010 and became ill regularly. In the meantime she got a degree as a psychosomatic therapist. Since the beginning of October 2013, she had to make the decision to give her healing and treatment the full attention that it needs.

It is her dream to start singing again and give vocal coaching, start a practice as a psychosomatic therapist and help lyme patients in their healing process. Therefore she recently started studying orthomolecular medicine and she hopes that this can be the beginning of a new doorway for the future.