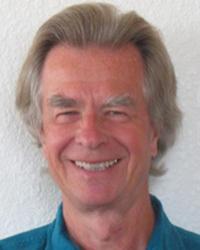 Jaap was born and educated in The Netherlands.  He received his Ph.D. in Biology from the University of Amsterdam specializing in ecology and population genetics.  His work history includes being a laboratory technician, a High School Biology teacher and a research scientist where he spent six years in Africa where his job also exposed him to many different cultures, ideas and ways of being.  He also held the position of being the Director of the Department of Education and Exhibitions at the National Natural History Museum (later called Naturalis) in Leiden, The Netherlands

In 1990, he shifted his attention to spirituality, energy healing, the study of Earth and crystalline energies (crystals and crystal skulls) and of subtle worlds. He studied these subjects for more than 25 years. His passion is the integration of science and spirituality.  He mentioned the term “metaphysical ecology” for the first time in his book “Gifts of Mother Earth.”

Jaap moved to the United States in 1998 and is married to Jeanne Michaels. Together they founded Lemurantis (http://www.lemurantis.com) that has as its goal to support the process of moving from Duality to Oneness. He has studied the energies in the Sedona area for more than 17 years. He includes the results of his studies in his books, in lectures and articles, and in workshops.