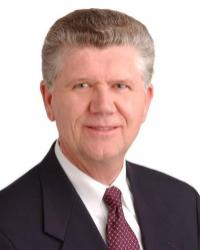 Jan W. Vandersande Ph.D. received his B.A. with Honors from Swarthmore College, his M.Sc. in Physics from Cornell University and his Ph.D. in Physics from the University of the Witwatersrand, Johannesburg, South Africa. He was a lecturer, then an Assistant Professor at the University of the Witwatersrand and then a visiting Associate Professor at Cornell University. Before working at the Jet Propulsion Laboratory (JPL) –part of Caltech/NASA- for eleven years he was a stock market analyst at the brokerage firm Rodman & Renshaw in Chicago for a year. At JPL he was a Technical Group Leader and worked on power sources for space applications. After leaving JPL, he was the President & CEO of the AMEX listed company Mountain Province Diamonds Inc. for eight years. He has had over 80 scientific articles published in scientific journals and conference proceedings and has three patents. He is the author of the book “Life after Death: Some of the Best Evidence”. He has also written several articles describing the seances with mediums David Thompson and Kai Mugge that he organized. He is currently sitting in a developmental circle that already has table levitation and chimes ringing independently.