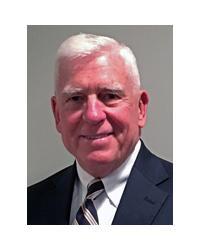 Ed Sandrick is the director of the Veteran Channel, Humana Strategic Alliances, and has been with Humana for 17 years. Ed is also the point person for Humana’s national veteran service organization partners, The Veterans of Foreign Wars (VFW) and American Veterans (AMVETS). Ed leads a team that is focused on developing and implementing Veteran outreach activities at the state and local level, primarily with and through Humana’s Retail organization.

Ed’s career in health care began at Rush University Medical Center in Chicago after obtaining his master’s degree in Health Systems Management from Rush University. Since then, Ed has held a variety of senior management positions in both hospital administration and managed care. Ed served on active duty as an infantry officer in the United States Marine Corps from 1970 to 1979. He retired from the Marine Corps Reserve in 2000, attaining the rank of colonel. Ed lives in Naperville, Illinois and is married to Marcia Sandrick. They have six children and three grandchildren.