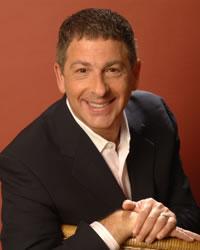 For more than 20 years, Robert Scheinfeld has been helping people worldwide create radical transformation in their personal and business lives.

Robert captivates audiences through his unique and memorable personal stories of personal growth, spiritual growth, transformation, and Consciousness expansion and by sharing valuable and empowering insights from his own rich life.

Robert is the grandson of Aaron Scheinfeld, Founder and original Chairman of Manpower Inc., the world's largest temporary help service. Manpower is a Fortune 150 company with sales in excess of 18 billion a year.

When Robert was just 12, Aaron began chatting with him about a very unusual personal and spiritual growth philosophy he claimed was the secret to all his success, personal and business. It centered around what Aaron called "tapping rare power sources in the invisible world." But Aaron passed away shortly after those chats with Robert began.

That left Robert with a gigantic mystery to solve and something of an obsession to solve it. What were the invisible forces? How and why were they so different from the other "invisible forces" typically discussed? How did you access them? How did it all work? On and on.

Along the way, Robert became a master of applying cutting edge sales and marketing strategies and has had in-the-trenches experience of creating profitable multi-million dollar businesses on and off the Internet.

He helped grow Blue Ocean Software from 1 million to 44 million in less than four years, resulting in the company being named three times to the Inc. Magazine Inc. 500 list. That tremendous growth, accompanied by outrageous profitability, led to Blue Ocean being acquired by software giant Intuit for 177 million.

He also played a key role in growing a computer store franchise company called Connecting Point of America from 90 million to 350 million in sales. In addition, the marketing model and system Robert created has been used to pack the room at Tony Robbins multi-media seminars.

Big Successes In The Traditional Sense, But ...

It was not the True Success Robert sought.

Why? Because he'd create a big financial success, then lose everything, create another big financial success, then lose everything again -- all against a backdrop of consistently feeling stressed out, angry, exhausted, confused, not being able to enjoy anything including the big successes, and being alone or in relationships that were difficult and painful.

"There's obviously something I'm missing," he said to himself. "And I've got to find out what it is so I can stop these recurring patterns. I cannot keep doing this"

His feelings of frustration with the recurring patterns were intensified when he got married and had kids -- and he knew his family would suffer if he crashed and burned again.

The Missing Pieces Of The Puzzle ...

All told, Robert spent spent 33 years on what he calls "The Treasure Hunt of the Century" in search of answers to the questions his grandfather set swirling in his mind -- and to transform his own up-down-up-down, limiting, restricting, and painful patterns.

"My quest was very much like assembling a jigsaw puzzle," he says. "As I searched, studied, and experimented, I got a piece here, a piece there, and I collected them. At first they didn't look like much, but over time I was able to link many pieces together, and the picture got clearer and clearer, until one day, all the pieces assembled themselves magically into a Big Picture that changed every aspect of my life forever. I call that Big Picture and the Consciousness Expansion tools that are part of it, 'The Busting Loose Model.'"

After opening into what he now calls "The True Joy Experience," and transforming literally every aspect of his own life and career in HUGE and radical ways, he began sharing the Busting Loose Model with others -- and was thrilled to see that the Model helped them reclaim their natural state of True Power, Wisdom, Abundance, and Joy too.

Robert is often referred to as "the wild man of self-help" because his transformational models, ideas, techniques, and strategies aren't just "outside the box," they actually "dynamite the box" -- and challenge the status quo of how to succeed in business and life, and how to grow personally and spiritually -- in significant ways.

Robert's books, audios, multimedia Home Transformational Systems, live events, online courses, and other multimedia remote learning tools have helped tens of thousands of people in more than 200 countries transform their definitions of Power, Wisdom, Abundance, and Joy -- and the pathways they follow to experience them.

His journey of triumph over confusion, anger, desperation and roller-coaster ups and downs qualifies him as an undisputed expert in the arena of business success and personal fulfillment.

More than providing more of the "same old, same old" Spiritual Counseling, self-help, personal growth or spiritual growth techniques, or another rah-rah motivational pump up job that doesn't last, an interaction with Robert enables you to:

Tap new sources of power you can create from
See The Truth with unusual clarity
Open into a direct and consistent experience of Infinite Wisdom, Infinite Power, Infinite Abundance, and True Joy
Act with newfound confidence
Radically transform the results you produce in every aspect of your life -- and the Joy you experience as you produce them