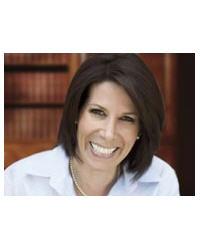 Robin Sax is a Los Angeles County Deputy District Attorney who specializes in prosecuting sex crimes against children. For over fifteen years, she has prosecuted some of the most despicable defendants who have committed the most heinous crimes. For the last seven years, she has been the prosecuting attorney for the Child Sexual Assault division of the Los Angeles County Sex Crimes Unit. In that capacity, Robin works with a multi-disciplinary team at UCLA's Rape Treatment Center/The Stuart House, along with law enforcement, victims advocates, social workers, and members of the Los Angeles Department of Children and Family Services. She conducts forensic interviews of child victims of sexual abuse, structures investigation plans to maximize the chances of successfully prosecuting their abusers, and handles all aspects of subsequent prosecutions.

Robin is a legal analyst and commentator often called upon to provide insight into high profile media cases. She was most recently featured on Nancy Grace and Larry King Live, where she covered current news stories involving Natalee Holloway, Stacey Peterson, and Baby Grace. She also recently appeared on Fox News THE LINE UP, discussing the Bobbie Cutts and OJ Simpson cases, among others. Robins radio appearances include regular spots on The Dana Pretzer Show on scaredmonkeys.com.

Robin is also a sought-after speaker on child sexual assault, family violence, domestic abuse, stalking, Internet safety, and the criminal justice system. For over a decade she has shared her valuable insight and expertise at national conferences and with the Los Angeles Police Department, the Los Angeles County Sheriff's Department, and the California District Attorney's Association.

Through her Kid Scene Investigation programs, Robin speaks to hundreds of parents each year about how to prevent their children from becoming victims of Internet stalkers and predators. KSIs Internet safety course teaches parents how to get tech savvy, recognize the symptoms of Internet danger, identify cyber crimes and cyber bullying, and develop a personalized Internet protocol for their family.

Robin brings her experience into the classroom as an adjunct professor of Women and Crime at Cal State Los Angeles and a lecturer on criminal law and the justice system in UCLA's Paralegal Training Program.

She also leads interactive educational groups designed to address the concerns of first-time parents. Some of the topics include encouraging appropriate baby play, traveling with children, being a working parent, teaching children how to share, preparing children for school, imparting appropriate discipline, and maintaining balance for school-aged children.

In addition to adult education, Robin has spent over twenty years in the classroom working with children ages five to fifteen. In her program "You Be the Judge," Robin poses hypothetical ethical dilemmas for children to discuss, ponder, argue, and resolve. Robin also coaches junior and senior high school mock trial teams for the Constitutional Rights Foundation and mentors high school students who want to learn more about life as prosecutor.