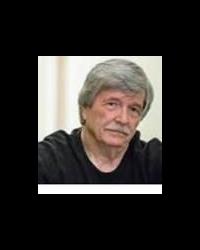 William H. Schaberg is a scholar and rare book dealer based in Fairfield, Connecticut. His interest in the history of ideas led him to amass a large collection of first edition philosophy texts and inspired his first scholarly work, The Nietzsche Canon: A Publication History and Bibliography (University of Chicago Press, 1995). Schaberg has delivered lectures on Nietzsche, William James, and other philosophers with his mentor King Dykeman at his alma mater, Fairfield University. He has served in the United States Air Force and ran a family printing business for over thirty years before retiring to commit more energy to his bookselling business, Athena Rare Books. Schaberg’s scholarly investigation into the authorship of Alcoholics Anonymous was an eleven-year project that, like his Nietzsche book, began with bibliographical confusion over the text’s prepublication history and culminated in an unprecedented chronology of the “Big Book” origins.

The result of William’s 11 years of research and 7 years of thoughtful evaluation and writing can be found in Writing the Big Book: The Creation of A.A., a scholarly work that challenges many of A.A.’s creation myths and, for the first time, tells the month-by-month story of what actually happened between October 1937 (when the idea of a book was first proposed) and April 10, 1939 (the day it was finally published).